What we love about digital revolution is that it’s ever evolving and with every latest development we are steered deep into the future. Personal computers changed the way we viewed the world in the 20th Century. Mobile phones are doing the same in the 21st century. They are no longer devices to make phones call instead they are monitoring your health, controlling your car and devices at home.

The constant online presence of consumers is putting a lot of pressure on businesses to do the same. The number of mobile devices has surpassed the global human population as per Steve French, Global VP at Amdocs’ open market. This roughly translates into preparing ourselves for the breakthroughs in the ever changing landscape of mobile technology.

Mobile phones are already used by industries like retail, banking, entertainment etc. However, in 2015 more industries are going to use only mobile for customer interaction, business transactions and marketing and communication. We will witness upgrades in hardware and software to secure data transactions as employees will be using mobile phones to carry out business as usual.

Mobile phones are accounting for 90% of internet connectivity and businesses that were skeptical earlier or just didn’t catch up are restructuring their whole strategy to advance their business models. Internet of Things (IOT) is real and wearable devices like smart watches and Google glass are going to change the way we consume date.

Mobile devices have enabled smart homes and soon they will be operating smart cities. Microsoft’s recent announcement about windows 10 to be the last OS isn’t surprising and it only hints at how they are planning to shift their entire focus on app development. With so much infiltration by mobile phones one has to keep up with the change in the skill set of workforce required to lead and follow.

Movers and Shakers – People embracing the power of mobile phones

Andrew Whiting, VP Marketing at Solstice mobile is excited about iWatch and plans to use it for business just the way his office uses Google glass for business. Heather Cox, Chief Client Experience Officer at Citi is planning to move beyond the ‘sell and buy’ methodology of engaging with customers.

Pascal Caillon, GM of Proxama’s North America operations says that mobile payments and smart wallets are going to be used increasingly. This notion is supported by Nataly Kelly, VP Marketing for Smartling, as she thinks that mobile payments will need to be internationally functional as more and more people are travelling either for pleasure or for business.

Stu Lipoff, IEEE Fellow and engineering consultant depicts changes in how we use our cars and the existing GPS in them. In an article featured in Wired Magazine, a few premium brands are going looking at displaying virtual overlays on the windshield for you to navigate and monitor your journey.

The real challenge is set for Marketing to convince consumers in changing the way they live and do business.

Before Your Business Lifts Off and Makes Lots of Money, Make Sure To Get Some Positive Online Branding Going From the Start! 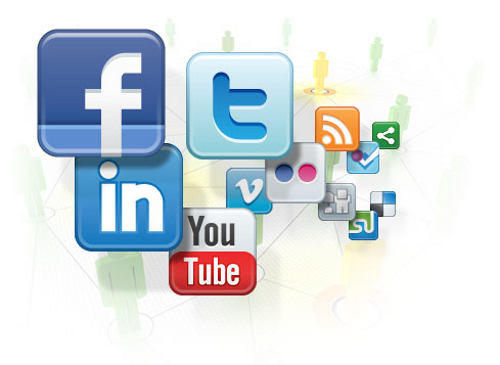 We do not give out information regarding our past and current Online Reputation Management projects.